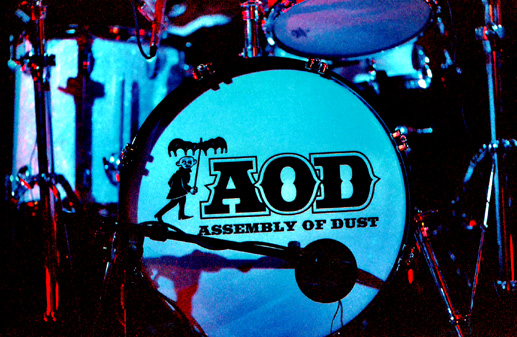 The Paradise Theater in Boston hosted a sold out performance of The Assembly Of Dust for their 3rd installment of New Year's Eve. Previous years, fans gathered at The Full Moon and Club Liquid, both slightly remote locations. 2004 brought the band to the heart of Boston, for some big city partying!
Ryan Montbleau started off the festivities in fine style with his band, cleansing the palette for what was to come later in the evening. 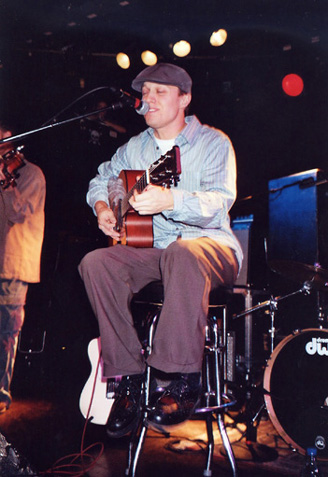 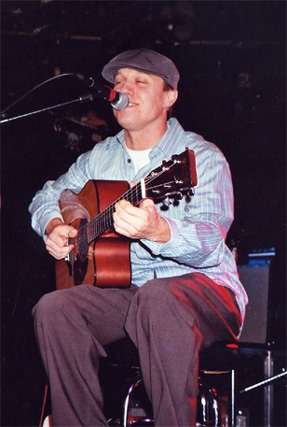 The fans were as usual, ready to spend the night with their Assembly. Matty dressed in a black suit & tie looked fab, along with Bob K. who had a suit that fit him to a T, and he looked quite dashing in it to! Josiah & Jodi supported lovely NYE attire. Fans from all over AOD nation, descended upon Boston. Maine, New Hampshire, Vermont, New York, New Jersey, Connecticut & Massachusetts were properly represented.Even Adam Terrell's brother was in attendance, all the way from Seattle! 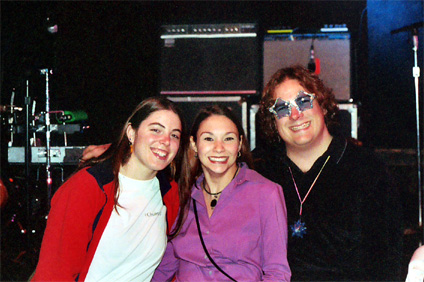 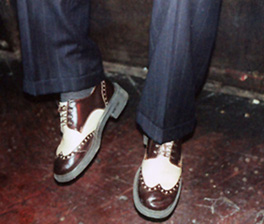 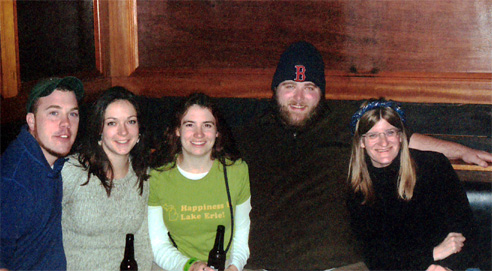 The place was jamming when AOD took the stage around 10:30. Opening with Rachel, the band quickly got to work, feeding the frenzy that lay before them. Bus Driver followed, into a stunning Westerly, with a creamy middle of Lone Tree, and Adam making sure he warmed up every fret on his Strat. 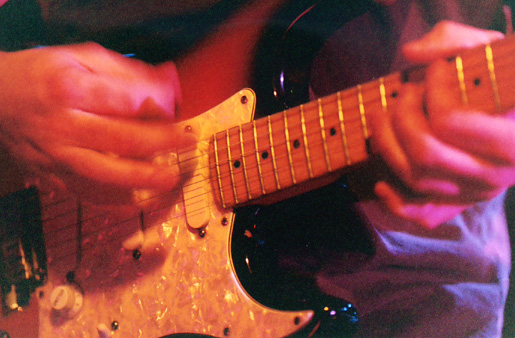 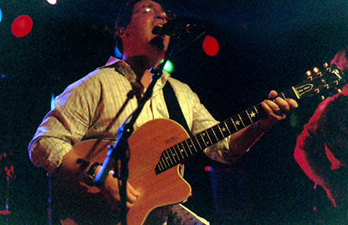 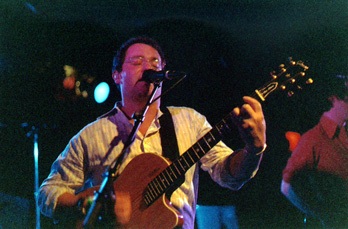 THE DEED!!!
Not sure what words decsribe The Time Of Deeds, but it's completely beyond brillant! With every band member showing off their true musical genius, this song stands alone in the repertoire.The Deed makes one just stand back and go whoa! 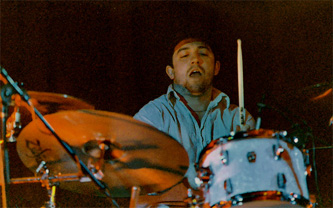 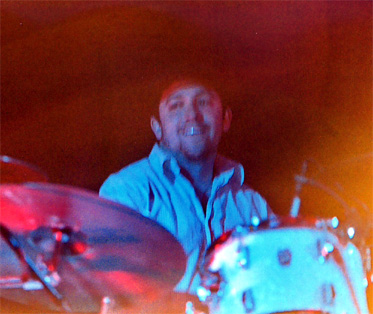 To witness what happened next was just incredible. Reid welcomed Ryan Montbleau onto the stage, and they launched into Fountain, with Ryan on lead vocals, and Reid carrying the chorus. Off the map!! 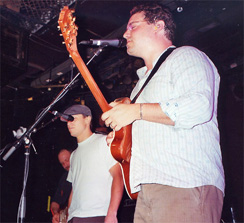 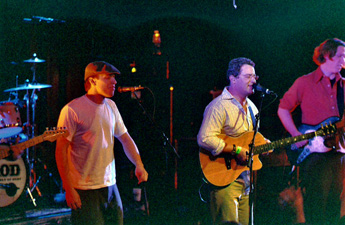 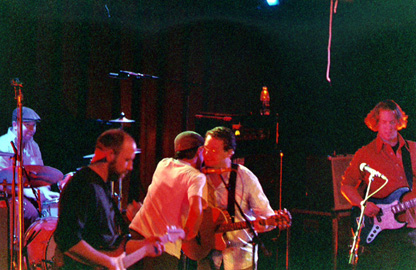 And as if we weren't already blown away by it all, they brought on Stone Chior to finish off the last song of the first set, with a swirling nerve that came to carry! 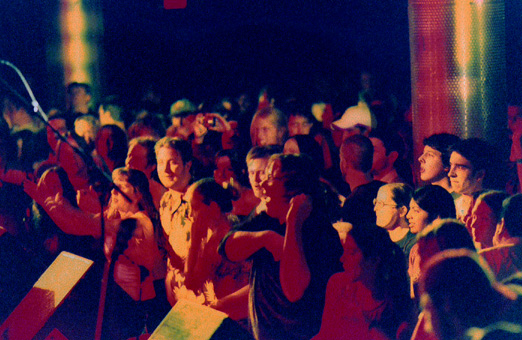 The crowd & band took a well earned break, partying and mingling, and having a blast... 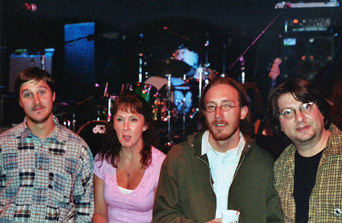 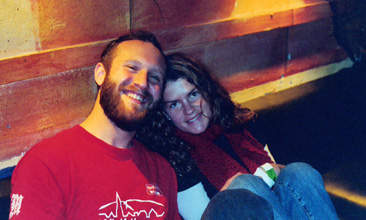 Set 2 came on with the same energtic fury of the first set, as the band ripped into Corpus Christi with Nate blistering the keyboards and Adam warming up his frets. 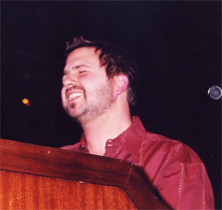 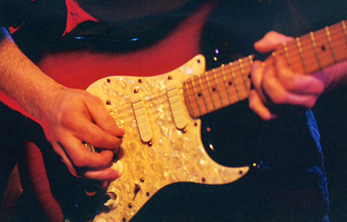 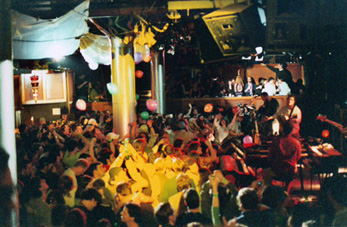 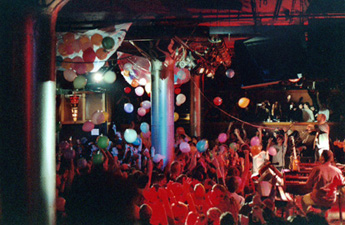 The band always keeps on on our toes, and this was no exception. They choose for the closing song of 2004 to be Chanpagne SuperNova by Oasis! Reid nailed this to the wall. If ever there was a more perfect moment was when the whole audience was just knocked off their feet. Absolutely amazing!!! 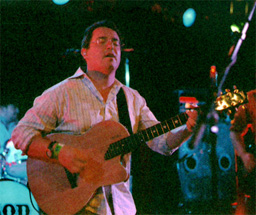 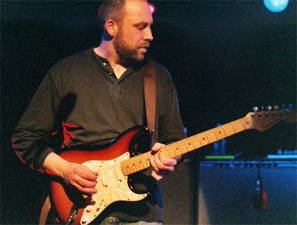 Not to lose any momentum, they launched in Man With A Plan, with vigor, followed by Cabin John, with Champagne Supernova in the middle. Nate tore up the keyboards, and Reid stretched his vocal chords with John rattling the rafters. 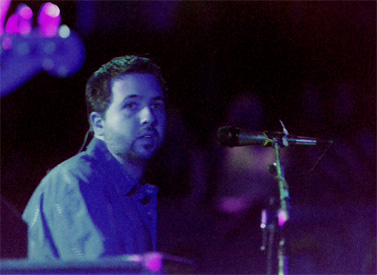 Sinner followed hot on it's heels, into a smooth intoxicating Love Junkie. Weekhawken Ferry showed off Reid's great song-smithing...and then came Speculator! This song truly has become an AOD classic. With the always incredible profound solo by Nate,complete with Auld Lange Syne mixed in, John took his bass to another universe. As if all this wasn't enough, Reid joined in with You Lay The Dust, and then the whole thing exploded back into Speculator.

Harrower yet another song encrusted in the heart of every AOD fan already, even though it's only a year old, brought the evening's show to an end...
or was it? 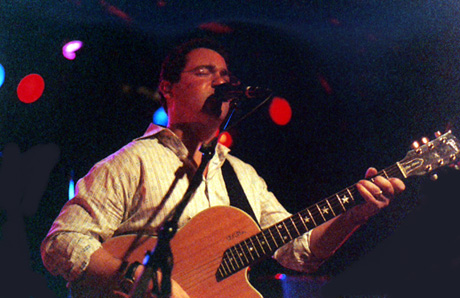 Reid walked onstage alone, and crafted one of the sweetest versions of Crest Of My Wing, his voice melting each and every soul that not only stood there,but of the many musical ghosts that The Paradise must have. His vocal truthful conviction, surely would soften even the hardest of hearts. Afterwards he told the crowd, he had gotten word from backstage that the party wasn't over yet!!
The band came back out and they ripped into Up On Cripple Creek as if they were starting the night all over again. 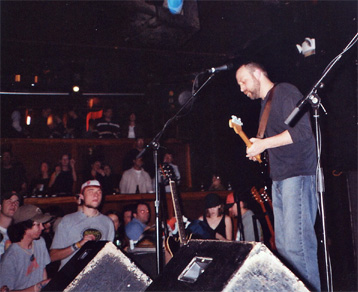 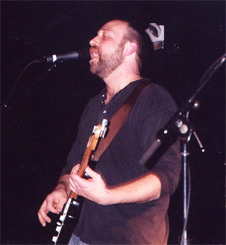 Afterwhich, they launched into the playful and always crowd pleasing Valhalla, which got the crowd moving as one during the chorus. Love The One You're With followed the crowd still having tons of energy, sang along to every word. Stephen Stills would have been proud!

The band left the stage, but the audience wasn't about to let them go. Laughing the band returned, and tore into Songs We Sing, with Reid rearranging his vocal chords, and the whole band, and audience loving every note of it!!! 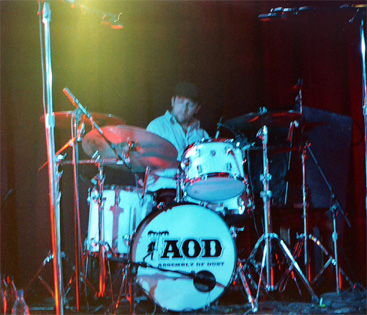 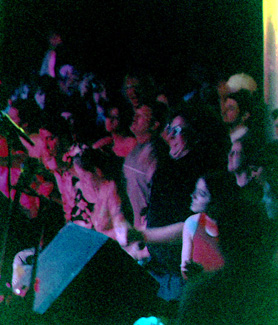 Thanks once again to The Assembly Of Dust for welcoming in the New Year with style and class. Each year, the party gets better! Many special thanks to Jack who manned the helm all night, making AOD sound fantastic. Also to Vegas, for all your hard work, and to The Paradise for allowing us to have our annual NYE. 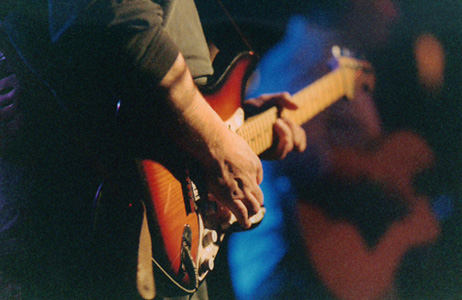 Thanks also to all the fans, whose energy and spirit brought in 2005 in right form.
You guys ROCK!!!